How did you get involved with Berkshire Theatre?

Jane Fitzpatrick. She invited my husband and me to dinner at Blantyre with Bill Swan and Richard Dunlap, who was the Director at that time. That was the group. During the dinner, she addressed my husband and said, “How come we never see you at the theatre?”

“Because your seats are too uncomfortable,” he said.

She kind of laughed and said, “Oh I know that, and you know we need to do a capital campaign, and we need to get it organized and do it.”

He replied, “Well how much would seats cost?” She named a figure and he said, “O.K., I’ll buy the seats.”

I got interested after that, and I produced the big fundraiser for them the following year, “The Stars Come Out,” at Blantyre. That just took off from there. I did recognize the need to build a real second stage because what we had there was just falling down around us. So Larry Vaber and I raised the money and delivered it. We did it equally, and it was a real team effort. (Pictured below, Bobbie Hallig, Jane Fitzpatrick, and Larry Vaber.) 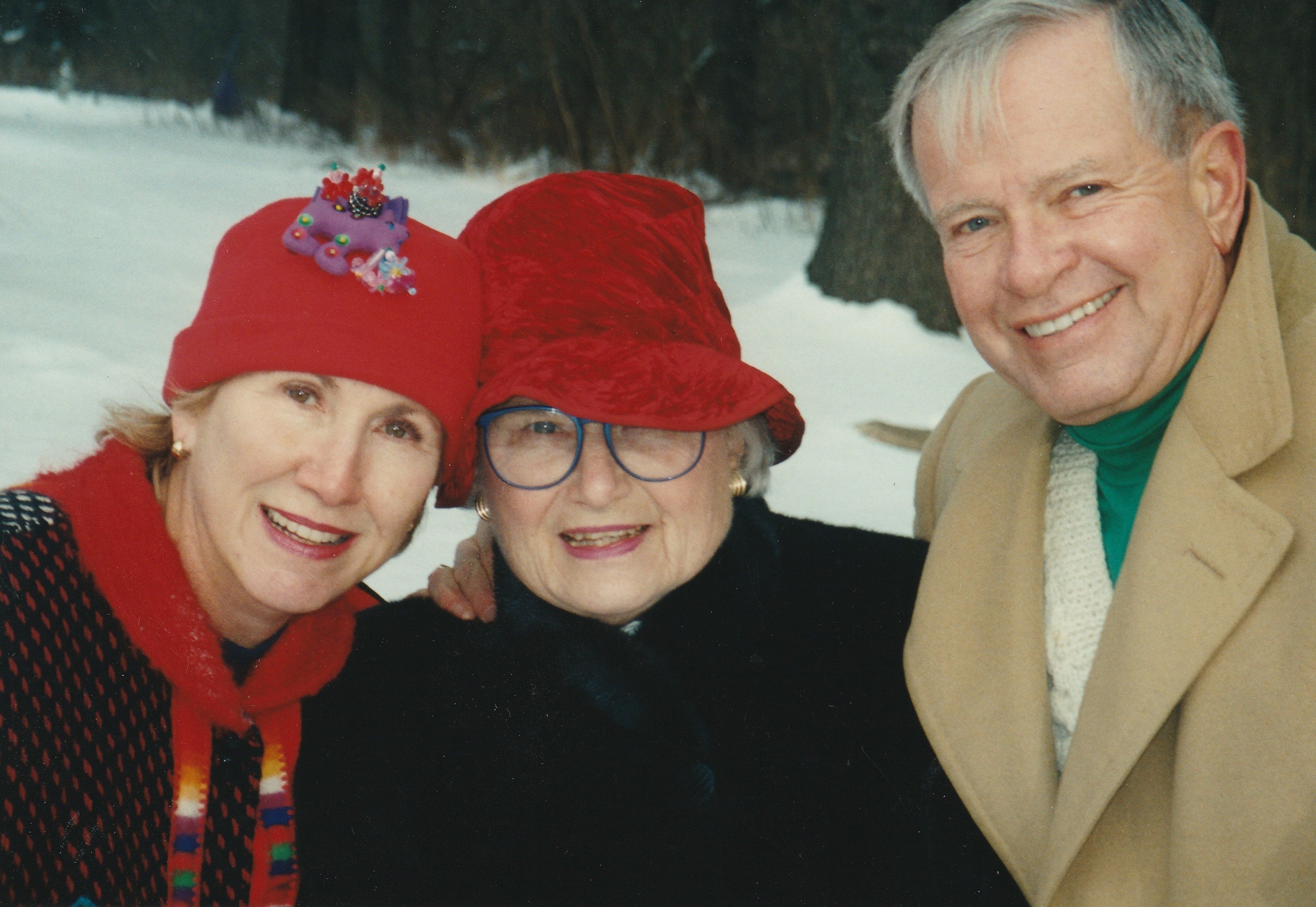 I served as Vice President for 8 or 9 years and during that time, I was in a lot of turmoil during my own life, and Jane was really chasing me to takeover. The Fitzpatricks were amazingly generous because they were devoted to the community. So, whatever the community’s needs were, they were always trying to address them, and so at that point she decided to focus elsewhere besides the theatre. You can imagine how intimidating it was to step into her shoes because she’d been doing this for 22 years, and of course I wanted to change things. There was a huge board when I started, and I implemented the rule that everyone on the board must be actively raising money or doing work for the theatre, which many were already doing. There were some people who were highly critical of me at first, but we did so many good things, and I delivered The Unicorn, that they came around in the end. It all worked out.

The board I was running at that time was all male, and there was me in charge of it. Then Kate came in, and the first year she was revolutionizing everything. She had all these ideas and she wanted to do them right now, and so she put controversial things on the Main Stage and she got highly criticized. Kate and I talked and we decided that the controversial shows should be kept to The Unicorn Theatre (pictured above). Kate went on and became ever better, and of course Eric Hill is so gifted. She had her whole family working there: Isadora was on the Main Stage as Peter Pan, Emma was in the box office, and Alexander grew up in that theatre. Kate has had a record career for that theatre now, you know she’s up there with Billy Miles. We’ve been through a lot together and I’m very proud of her.

What were some of your favorite shows? 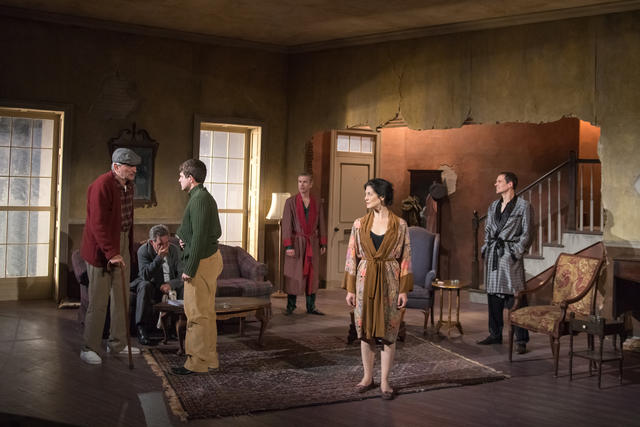 A lot of them are Eric Hill’s shows, and not necessarily his Blockbuster ones. I like controversial theatre. I’m not so much for the musicals, though I did like H.M.S Pinafore, that was very good. A season or two ago they did Homecoming, by Harold Pinter, and that was the best production I’ve seen of that show. (Pictured to the right: The Homecoming, 2015. Photo by Michelle McGrady.) I’ve seen it three other times in other theatres, but I’ve never seen it as good as it was in Stockbridge. That cast, his directing, everything about that show was perfection for me. I go to theatre a lot, and I go around the world, but this was one of my favorites. One thing that always stuns me is the quality of the sets. Berkshire Theatre does the best sets around, no one else even comes close, there is so much detail that goes into each one. 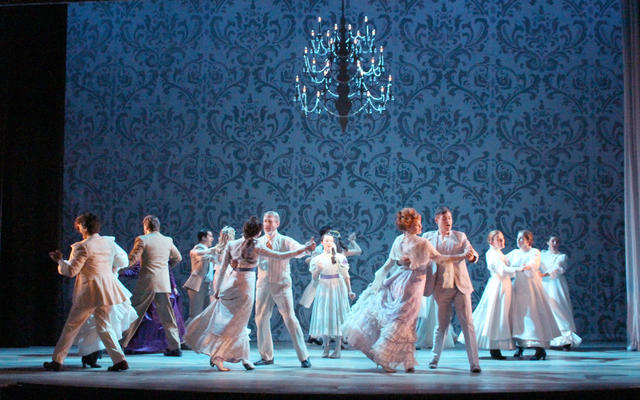 I do try to see every show of the season in the summers. I remember they did a very good production of A Delicate Balance, and Eric did a great job with Moby Dick. The performance of A Little Night Music at The Colonial Theatre was beautiful, and they did Talley’s Folly, which is one of my favorite plays ever. (Pictured to the left: A Little Night Music, 2014. Photo by Reid Thompson.) I am a great fan of Walter Hudson and David Adkins. Kate has really built a company of great actors that come back year after year, and I love that fact. I’m also so excited that Harriet Harris is coming back for Sister Mary Ignatius Explains It All For You, she was wonderful in Arsenic and Old Lace. (Pictured below: Arsenic and Old Lace, 2017. Photo by Michael Sullivan. L to R: Mia Dillon, Harriet Harris and Walton Wilson.)

Any final thoughts on Berkshire Theatre? 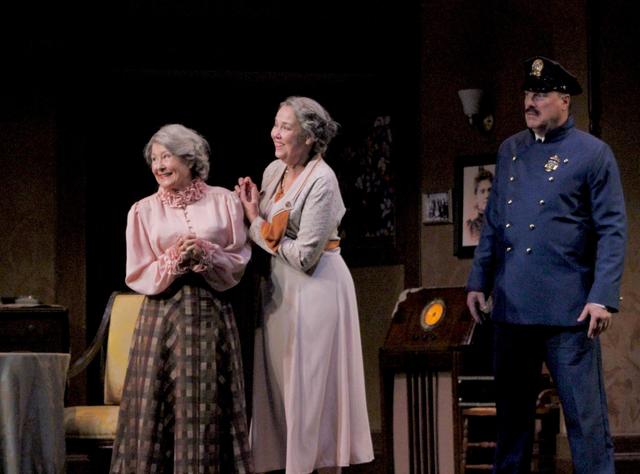