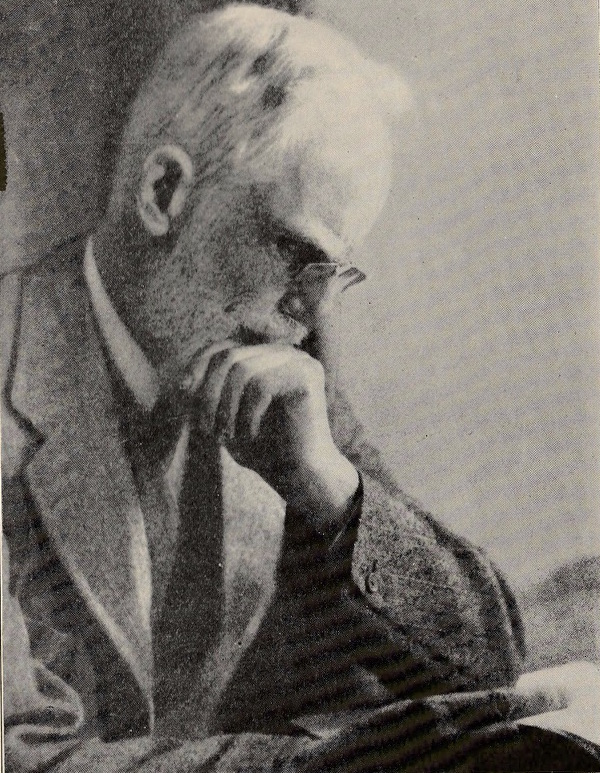 George Bernard Shaw, photo from the program for The Doctor’s Dilemma, 1930.

George Bernard Shaw was an Irish playwright who was often considered a radical in his political views. He won the Nobel Prize in Literature in 1925 (though was not given the award until 1926). He was a failed novelist before beginning a career as a theatre critic in 1895. Shaw earned a reputation for being brutally honest with his criticisms, unwilling to hold back his opinions. This mindset would serve him well as he then went on to write over sixty plays of his own. Shaw became such a renowned playwright that a new word, Shavian, was developed to speak of his particular brand of comedy.

Shaw at the Playhouse 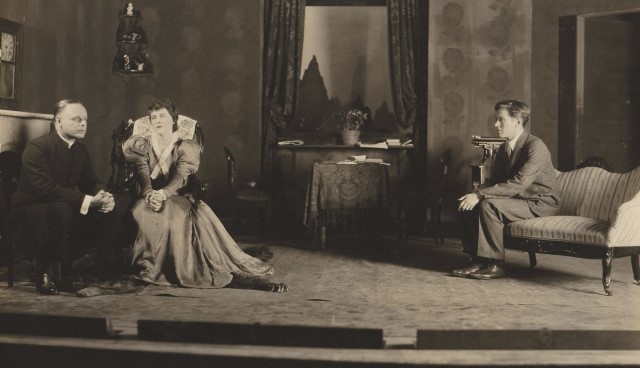 Berkshire Theatre has always been fond of Shaw, and saw the importance of his works. Throughout Berkshire Theatre’s ninety year history, twenty-one Shaw plays have been produced. For the first six years of production, Berkshire Playhouse was sure to include a play by Shaw, in fact, Kirkland went so far as to state in the program for The Doctor’s Dilemma, “we have never been able to consider a season complete without a Shaw play.” While Kirkland and Strickland considered The Doctor’s Dilemma Shaw’s greatest work, Shaw himself was said to favor Candida. 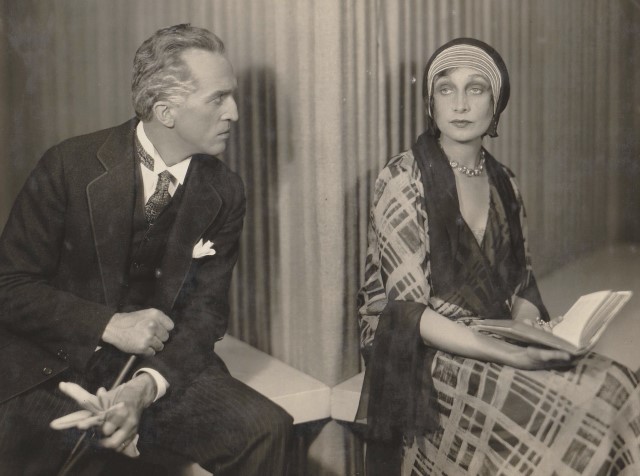 Perhaps this is why Kirkland and Strickland chose Shaw’s Candida for their inaugural season in 1928. (Pictured to the Right: Richard Hale and Aline MacMahon in The Doctor’s Dilemma at The Berkshire Playhouse, 1930.) Eighty years later in 2008, Berkshire Theatre Festival produced Candida for the 80th anniversary season. The Shavian comedy featured Jayne Atkinson (two-time Tony-nominee for Enchanted April and The Rainmaker, she is also known for the television series 24 and House of Cards, some BTF credits include Edith, The Lion in Winter, and The Guardsman) and her real-life husband, Michel Gill (known for the television series House of Cards and Mr. Robot, some BTF credits include The Guardsman and Sick) as well as Finn Wittrock (known for American Horror Story). 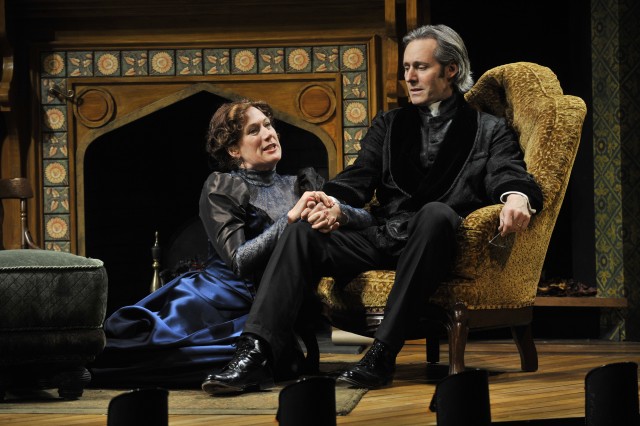 The Shavian comedy stood the test of time and as Louise Kennedy of the Boston Globe said, “[Candida] never devolves into mere domestic comedy or social argument. It has fun with the jokes, to be sure, but it also gives all of Shaw’s creatures, flawed and risible as they often are, their due.” (Pictured to the left: Jayne Atkinson and Michel Gill in Candida at Berkshire Theatre Festival, 2008.) Shaw’s works were considered ground-breaking for their exploration of morals and social issues within a comedic light. Shaw believed that comedy was the best force to deliver unpopular ideas as it would allow the audience to absorb the idea before they realized it was more than mere entertainment.

Though our world is different in many ways than the Victorian and Edwardian era of Shaw, human nature has changed little, thus allowing Shaw’s brilliant characters and moral dilemmas to seem as relevant in 2018 as it was in 1928. (Pictured to the right: Finn Wittrock and Michel Gill in Candida, at BTF, 2008.)