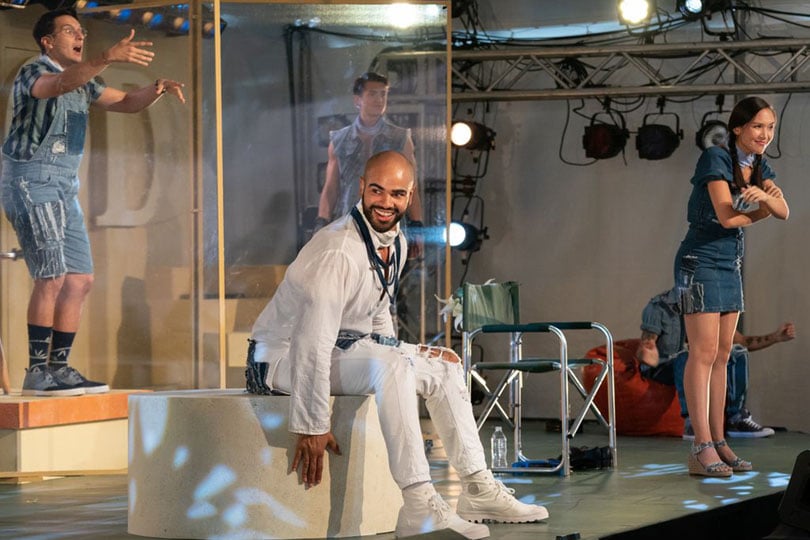 Read the article at The Boston Globe

PITTSFIELD — The pre-show atmosphere in the outdoor theater tents in Pittsfield was subdued. Masked audience members were ushered to seats grouped together based on the number of people in their party. The gaps between those clumps of two, three, or four chairs was a healthy 6 feet or more Still many of the pre-theater rituals remained Staff encouraged the audience to visit the refreshment stand, musicians sat on their distanced stools and briefly warmed up. Friends exchanged waves of recognition from their seats.

“I was a little nervous,” said Kimberly Clark, who, with Tracey Aaronson, was attending a performance of Barrington Stage Company’s “Harry Clarke” last weekend in the parking lot of the former Polish Community Club. “I don’t know much about the play, but I read up on all the precautions the theater was taking and now that we are here, I feel like they’ve created a really safe environment.”

Ticket holders for Berkshire Theatre Group’s “Godspell” in the tent in the Colonial Theatre parking lot and “Harry Clarke” in the Tartell Family Outdoor Stage were greeted at the entrances with a temperature check, a requirement to wear a mask at all times, a request to use hand sanitizer, directions to immaculately clean restrooms, and guidance to seats.

Those safeguards reflected a new reality since the last time live theater was performed in the Berkshires. The musical and the one-man show that opened this month were the first to have been approved by Actors’ Equity, the union representing more than 50,000 performers and stage managers in the country, since the coronavirus outbreak. In Pittsfield last weekend, audiences for both shows were eager to welcome theater back.

Denyse and Harold Adler of Otis debated whether to make the 45-minute drive to Pittsfield for “Harry Clarke.” But the couple didn’t want to miss a Barrington Stage production. “We’ve been coming to everything they produce since they started, and I am so proud of how thoughtful and careful they have been before inviting audiences in,” Denyse said.

“We’re also so excited to be at a live performance,” she said. “Normally, this time of year, we are out three nights a week, and we also usher at Tanglewood. It feels good to be seeing a live performance again.”

Each production came with its own set of challenges. For “Godspell,” director Alan Filderman and choreographer Gerry McIntyre accommodated safety protocols by weaving the placement of rolling plastic screens around singers into a nearly natural part of the show. Ensemble numbers became showcases for talented individual performers, as the story of Jesus and his quirky band of disciples moved briskly through the familiar score, which includes “Day by Day,” “By My Side” and “Turn Back, O Man.” Highlights included turning the top hat-and-cane number “All for the Best” into a pointed comment on coronavirus safety measures, with a soft-shoe hand-sanitizing moment, and yardsticks replacing canes (to ensure proper distancing while dancing), as well as an extraordinarily energetic tap number for “Learn Your Lessons Well,” delivered almost entirely in place. The musical opened with the actors briefly sharing their experiences during the early days of the pandemic, expressing the fear and sadness of isolation. The camaraderie and joy of uniting on stage was unmistakable.

Productions of “Godspell” can easily drift into sentimentality, but the poignancy of the social distancing requirements, both onstage and off, only made the musical’s plea for kindness more powerful.

Berkshire Theatre Group artistic director Kate Maguire said she worked for two months with Actors Equity Association and local health officials to develop what became a 35-page manual designed to protect the artists and the audiences. The hope, she said, is that it might provide a roadmap for other theaters.

“We had four guiding principles as a starting point,” she says. “Masks, screens, distancing, and testing.” (Performers are tested three times each week.)

The effort was worth it, she says, “to see these young performers sing ‘Beautiful City’ and ‘Save the People’ and see how this virus is affecting them and their view of the world.”

“Harry Clarke,” a one-man show performed at Barrington Stage by Mark H. Dold, required finding a way to draw the audience close in this intimate thriller, when even the nearest masked patron was at least 15 feet away. With an Adirondack chair and side table as the only set pieces, Dold cast an utterly engrossing spell, building the tale of dangerous duplicity with an understated performance that delivered more than a dozen characters with just the right vocal distinctions. The enchantment was so complete, there were several moments when it felt like every member of audience was leaning forward, hanging on every word together.

At intermission for “Godspell” and in post-show conversations after “Harry Clarke,” audience members expressed enthusiasm for the quality of the productions, and a feeling of being part of something special. “The production makes clever comments about where we are now, and I was moved by the personal fears each of the actors revealed in their own situations,” said Linda Alder at “Godspell.”

“The direction and choreography comment on the novelty of this experience, which brings us all closer together,” said Jim Bredeson, who came to the show with Alder.

“Live theater allows us a chance to share an experience and share our humanity,” said Julianne Boyd, founder and artistic director of Barrington Stage, and the director of “Harry Clarke.” “At the same time, we respect our audiences and sought the advice of medical professionals to come up with strategies to protect our audiences and our performers.”

Boyd and her company created a comprehensive plan for a safe return to indoor performances, including removing seats at its mainstage theater, electrostatic chair sanitizers, and a state-of-the-art air filtration system, but statewide limits on indoor gatherings have stalled that effort.

When “Harry Clarke” closes Sunday after its string of sold-out shows, the Tartell Family Outdoor Stage will host “The Hills Are Alive With Rodgers and Hammerstein” (Aug. 19-29), a musical concert with five singer-actors performing songs from “Oklahoma!,” “South Pacific,” “Carousel,” “The King and I,” “The Sound of Music,” and others. Meanwhile, “Godspell” continues through Sept. 4. All of its performances, at $100 a ticket, are sold out.

Barrington Stage and Berkshire Theatre Group are both working closely with the mayor of Pittsfield and state health officials to keep the productions running, but even the bestlaid plans aren’t immune from the uncertainties surrounding COVID. Earlier this week, over concerns that cases in Massachusetts could spike again, the governor rolled back a cap on outdoor events, from 100 to 50 people (those limits include performers and crew). Barrington Stage sought a waiver but was denied.

The Hetsberger family made the four-hour drive from Rahway, N.J., to see their daughter Najah Hetsberger perform in “Godspell.” A rising senior at Montclair State University, Hetsberger joined Actors’ Equity in January and received several call backs for shows, only to have everything canceled when COVID hit. Her parents and teenage sister were excited to see her onstage, especially after a long separation. After the show, the family enjoyed a physically distant, masked reunion in the nearby parking lot that was both heartbreaking and heartwarming to witness.

Previous:
Berskshire ‘Godspell’ opens as a test for COVID-era theater – Los Angeles Times
Next:
History and Impact of “Godspell” 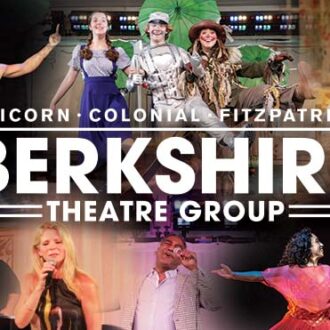 By Kate Maguire, Artistic Director, CEO All of us at Berkshire Theatre Group want to thank you, our patrons, for joining us in 2021 as we continue to navigate an … Read On 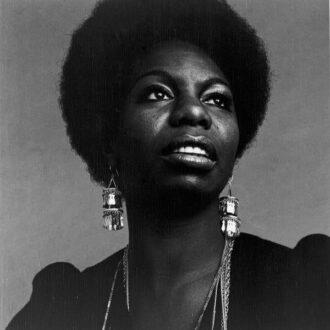 The Machine has sold out...

🚨NEW CONCERT ALERT!🚨
The Misty Blues will perform their latest album "ONE ...

“So even though we face the difficulties of today and tomorrow, I still have a dream...” -MLK ...

You’ll be “amazed” at this chart-topping, award-winning pop-country band! 🤩 LONESTAR is ...

Are you going to Scarborough Fair? 🌿

If you sang that instead of reading it, this is the...

Our production of Irving Berlin’s WHITE CHRISTMAS was voted the Most Anticipated Production of a ...

Congratulations to the phenomenal Felicia Curry 🌟 she was voted Best Performer in a Musical for ...

Don’t let 2022 just be another brick in the wall 🧱 celebrate the new year with new concerts at ...

Just one more day to vote for your favorites from 2021 in the Broadway World Regional Awards! Show ...

Any Floyd fans? 🔨 The Machine comes to the Colonial February 5! The Machine explores collective ...

Hershey Felder Season Pass⠀
There’s still time to get your exclusive pass to a season of ...

May your every wish come true 🌟❤️💚#merrychristmaseve

Happy Closing to WHITE CHRISTMAS! ❄️🎄 What a wonderful gift this production has been. Have a ...

May your days be merry and bright ✨ have a safe and happy holiday season from all of us at BTG! ...

It may be cold outside but WHITE CHRISTMAS is sure to warm your heart and soul ❤❄️ Only four ...

The new year means new shows at the Colonial! Check out this incredible lineup of national ...