BTG’s Garage from Cars to Comedy 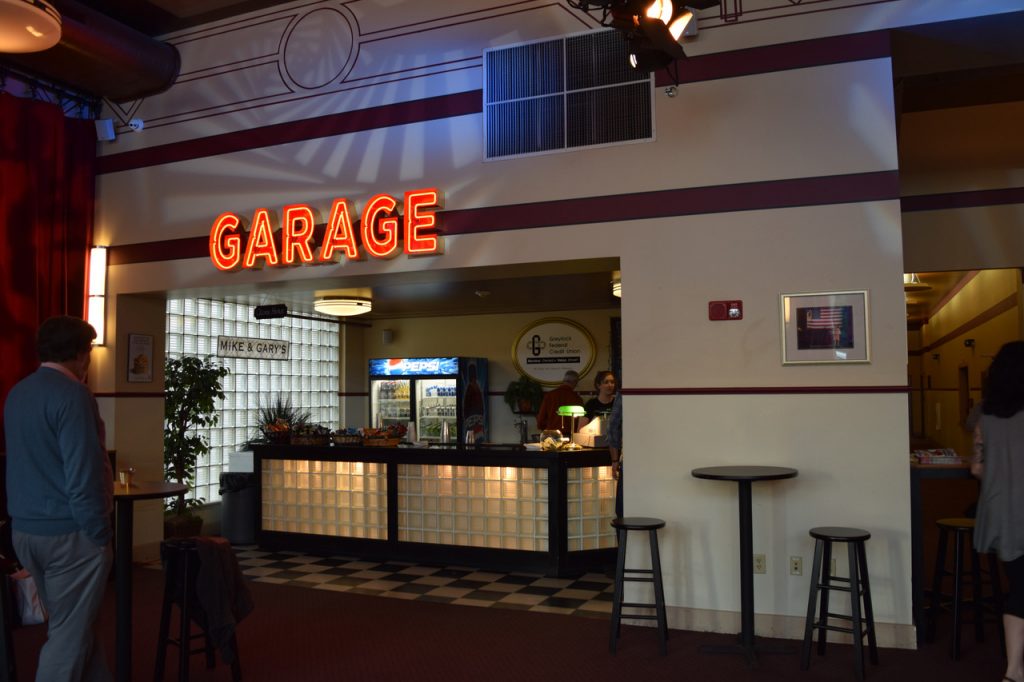 Built in 1920, The Garage serves as the lobby, administrative offices, and backstage space. Berkshire Theatre Group’s Garage is an intimate space, customizable for every occasion, which showcases up-and-coming local and regional performances. The Garage is named in honor of the Berkshire Auto Company, which opened in 1921 and was owned by Ralph O’Conner. Originally, the space was used as a showroom, housing the latest and greatest models of the day, and evidence of this can still be seen in the beautiful stained glass windows that proudly display the name, Berkshire Auto Co. 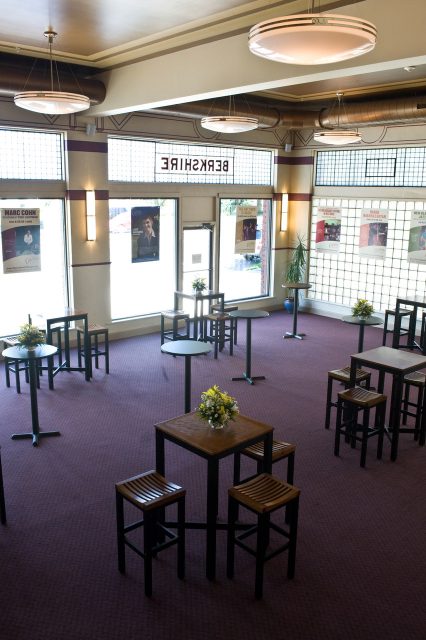 When The Colonial Theatre reopened in 2006, what would become The Garage, was used as a lobby space without a formal bar. The space was also used as a function space, housing holiday parties, receptions, after-work events, and seminars. (Pictured to the left.) Upon the merger of The Colonial Theatre and Berkshire Theatre Festival, when Berkshire Theatre Group was created, Kate Maguire, Artistic Director, CEO, immediately saw the untapped potential for the space. “I wanted to have some activity out there in that space. It felt like a space that was underused, and it also, to me, felt like a space that could be a gathering spot,” said Maguire. Within the first year of the merge, the lobby space was dubbed The Garage. A full bar, designed by Berkshire Theatre Group’s former Technical Director Tom Minucci, was added, a neon sign installed, and the space truly began to take on a life of its own. “I wanted audience members to come in and feel comfortable before entering The Colonial. I also wanted the community to be able to claim that space as their own,” said Maguire of her original vision for the space. “I asked a musician from our community named Noah Weiss, who also worked as my assistant, to design the programming, to create an exciting atmosphere.  And before we knew it, the Garage was born. It was really Noah who developed a dynamic plan and handed it on to us.” 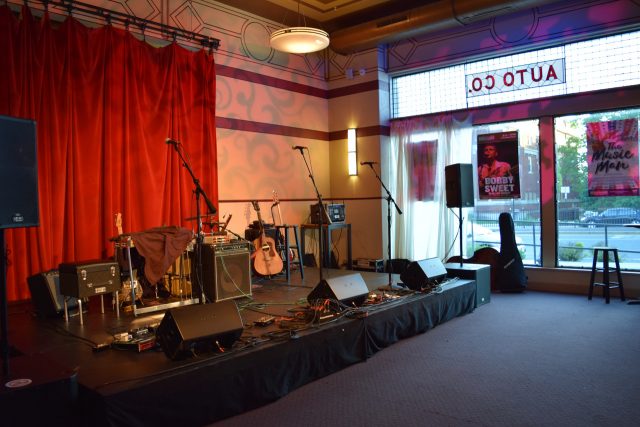 Over the years, The Garage has grown from a communal space to become its own performance venue. While still retaining Maguire’s original vision, the space has also taken on the tone of a cabaret, and with the various and sundry entertainments that occur from music to dance parties, there is always something new happening at The Garage. Kathy Jo Grover, House Manager at BTG, said The Garage is a “unique space in Pittsfield that helps discover a lot of new, local talent.” One of The Garage’s most notable entertainments is The Comedy Garage. Featuring acclaimed comedians from near and far, The Comedy Garage offers a new comedian one Thursday a month. “The space,” according to Grover, “lends itself to having a club atmosphere, and is just about the perfect size for a comfortable, casual comedy club.” The arrangement of tables, hightops, and stools (conveniently right near the bar) deftly creates the perfect ambience for an unforgettable night of laughs. 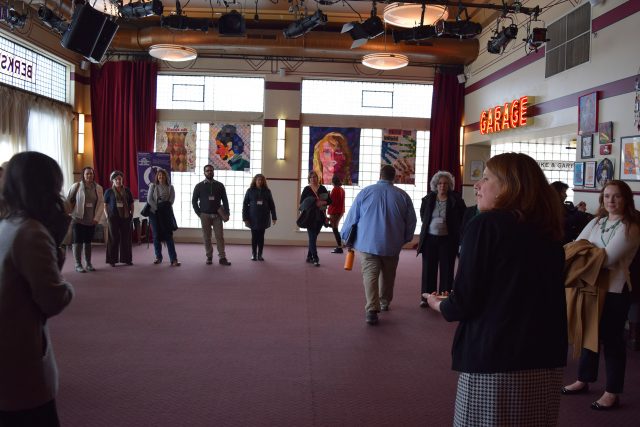 One of the newest adventures for The Garage is offering carefully curated pre-show performances before most of the presented shows at The Colonial Theatre. The idea is to offer a pre-show performance before the main event to get the audience relaxed and ready for the show. Each performance is tailored to match the audience and style of the main Colonial show, for instance, before Fleetwood Macked at The Colonial Theatre earlier this month, David Grover was the pre-show performer. Performing pre-show in The Garage before Marvin Seals and JGB on Oct. 11 is BTG’s very own Rev Tor. Whether it be music, comedy, or community, BTG’s Garage has something for everyone.

Up next at the Garage is: