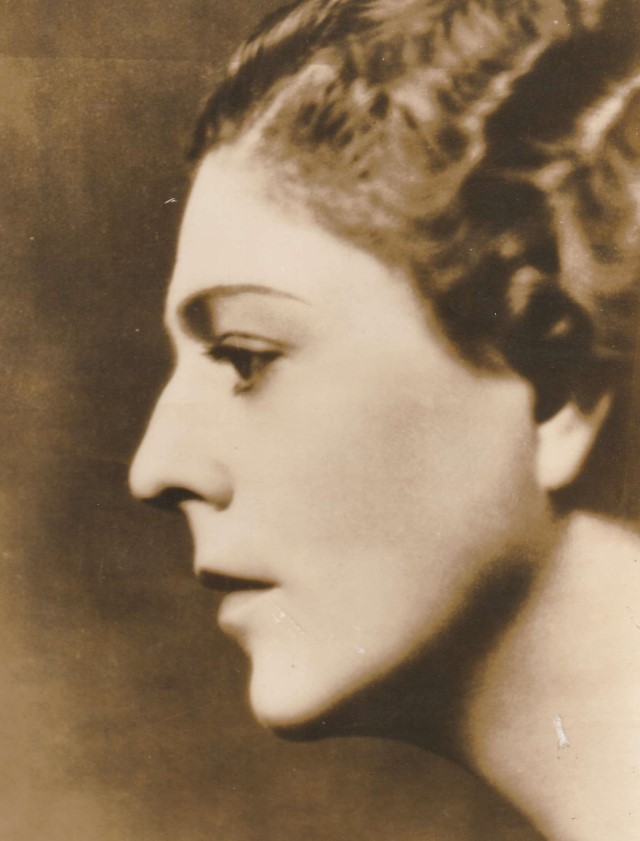 Ethel Barrymore was the daughter of Maurice Barrymore and Georgiana Drew, both actors. Both the Barrymores and the Drews were established acting families, and their merger created a dynasty. Ethel and her two brothers, John and Lionel Barrymore, joined the family business with passion and gusto. They had such presence and earned such success that they were dubbed the Royal Family of theatre. Ethel paved the way in theatre for both her brothers, and often worked with John in the early years of his career. 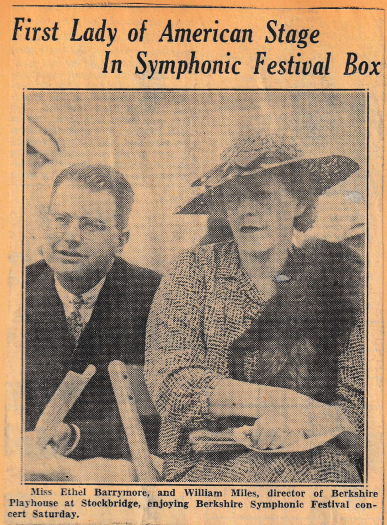 She debuted on stage at just fourteen, and it was not long before she went on to enthrall and dazzle audiences across the country. She was often described as royal, and according to the New York Times, critics were so taken with her performance, that they would weep throughout and be thoroughly unable to focus on anything but her. Even today, her legacy persists. The Ethel Barrymore Theatre is one of only four theatres (out of 40) on Broadway to be named after a woman.

Barrymores at the Colonial 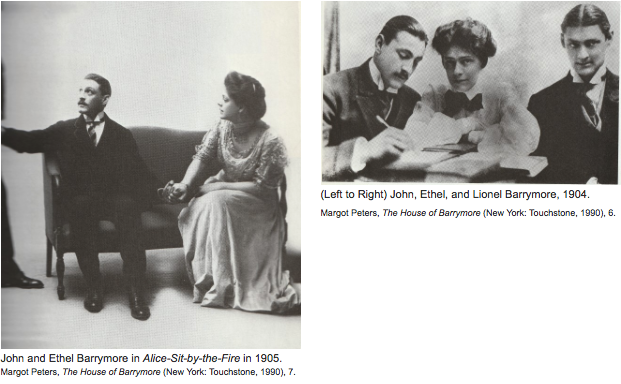 The Barrymores appeared at the Colonial theatre several times throughout its early history as Ethel and John were part of touring companies that would travel the country. In 1906, John and Ethel performed together in Alice-Sit-by-the-Fire at the Colonial. This was just three years after John’s stage debut, and shortly after Ethel’s return to America.

After generating minor attention in small roles on Broadway, Ethel went to London to pursue more work. She was immensely successful, and upon her return starred in Clyde Fitch’s Captain Jinks of the Horse Marines. Her performance garnered acclaim and recognition, and launched her into stardom.

Barrymore at the Berkshire Playhouse 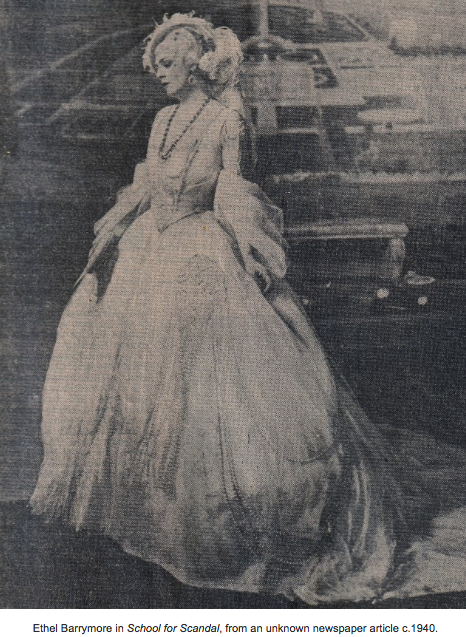 Though Barrymore announced her retirement in 1936, she could not stay away from the stage. She went on to numerous tours, broadway roles, and even a screen appearance or two. Ethel Barrymore appeared at the Berkshire Playhouse three times throughout its distinguished history in Déclassée by Zoe Akins (1935), White Oaks by Mazo de la Roche (1939), and The School for Scandal by Richard Brinsley Sheridan (1940). 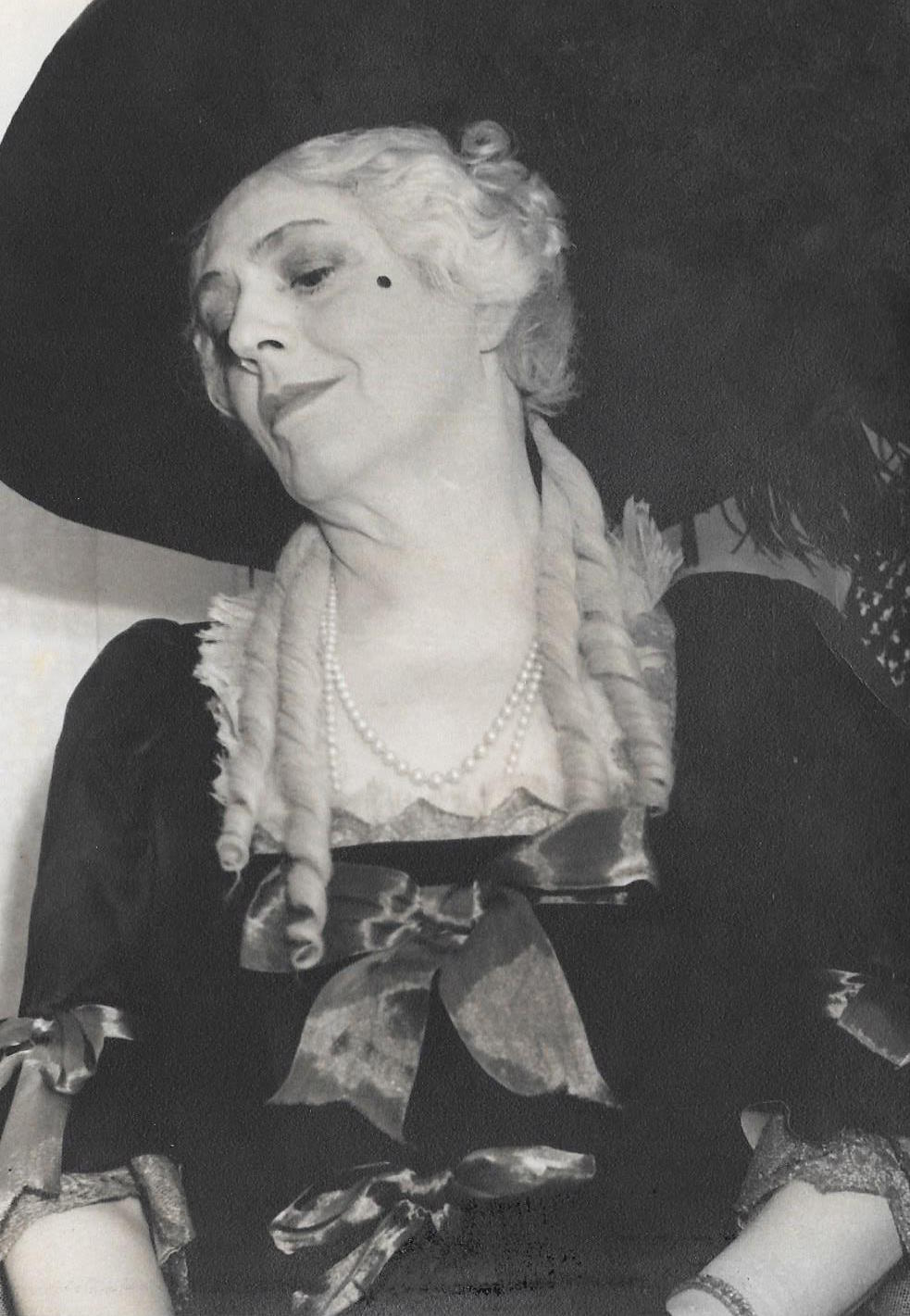 Her appearance in The School for Scandal (pictured to the left) created quite a sensation in Stockbridge. According to a newspaper article from 1940, “so great has been the demand for seats that Mr. Miles, the director, has announced a special matinee.”

Ethel Barrymore became one of the most beloved actresses of the stage, and along with her brothers John and Lionel, continued and enhanced the family legacy. To this day the Barrymore dynasty lives on in Drew Barrymore (Ethel’s great-niece and John Barrymore’s granddaughter).