The grounds Berkshire Theatre Group operate on were once inhabited by the  Stockbridge-Munsee Community of the Mohican Nation. The Munsee people were gradually driven from this land by European colonizers and currently reside in northeastern Wisconsin. We honor the traditions and the peoples indigenous to these lands now known as the Commonwealth of Massachusetts; the Pennacook, Mahican, Pocumtuk, Massachuset, Nipmuc, Wampanoag, Nauset, and Chappaquiddick. Indigenous people are not relics of the past. They are still here, and they continue to demonstrate talents and gifts amidst a backdrop of ongoing colonialism and oppression. We celebrate their community and seek to honor the rich tradition of storytelling that we share.

This July the Berkshire Flyer will be making its inaugural run from NYC to Pittsfield starting July 8th. Berkshire County has long served as a summer getaway destination for New Yorkers, but making the trek one way or the other has not always been straightforward. The arrival of The Flyer brings the promise of easing that logistical burden, helping more city folk getaway to the mindfulness of the mountains for a weekend.

But how did the Berkshires become so entwined with NYC anyway? After all, Boston is also just a 2.5-hour car ride away, and in the same state! And what is the particular allure of the train over other modes of transport?

The NYC/Berkshire connection began way back at the inception of the county. Back when state lines were still getting hammered out and treaty agreements with the various native tribes were being made and broken, the bottom of today’s Berkshire county was the cause of much dispute and many a kerfuffle. While one transaction, the Westenhook Patent, seemed to designate the land to New York, another deal made later meant to sell the same land to Massachusetts. Bitter words and brutality ensued for a time, and the state of the border was under dispute for quite some time until it was ultimately settled as a portion of Massachusetts in 1786. 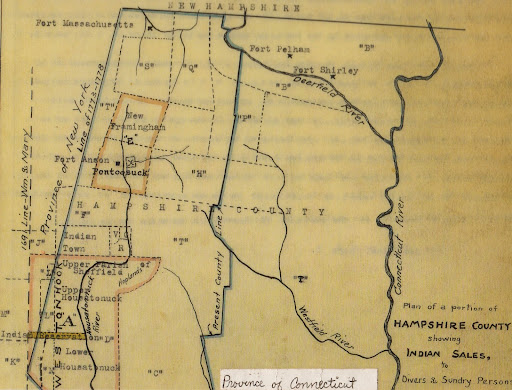 An early map of the region, showing just how much the lines and names have changed since the 18th Century!

And there is a geographical sense to this border confusion. For, especially in the days of more rudimentary transportation, the mountains made for tricky traversing. Boston may now be within the same state border, but New York City was an easier trek topographically. Though the road from the Hudson River to the Berkshires is still mountainous, it was still easier on the carriages than that from here to the Atlantic.

Even as technology advanced and transportation grew more efficient, planes, trains, and automobiles all leaned to the New York route of travel. And among all those modes of transport, the rail continues to be a favorite of the northeast in a way it is not in the rest of the country. The reason for this is also partially geographical. While the United States as a whole is more geographically dispersed, the early-colonized northeastern corridor is more densely populated with large cities existing in closer proximity. This makes a speedy passenger rail a much more appealing mode of transport from, say, New York to Boston than taking a flight (and certainly less of a headache than trying to drive in either city). But when the distances become longer, the travel time of train versus flight weighs far heavier in favor of flight. Even buses are a more logical option in terms of accessibility!

This is not only due to the geographical facts, but the history of the infrastructure as well. The railways currently in use today are all legacy rails, meaning that what lines were put down years ago are pretty much what we are working with today. And the transit that is taking up many of the westward lines is primarily used for industrial transit rather than passenger, limiting the availability of departure and arrival times. Of course, that is partially due to a vicious loop of supply and demand – fewer time options lead to fewer travelers lead to fewer time options – but the previously stated geographical factors certainly tip the scales towards flight-favored travel in that region. 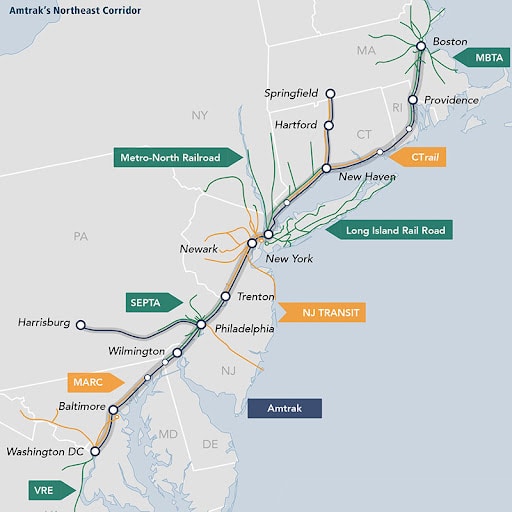 A map of the Northeastern Corridor rail line

But, being in that northeastern corridor where commuting by rail is standard, getting a train stop on a commuter line from a major city is a way to carve out an identity in relation to that place. And so the Berkshires is a natural nature haven for those in NYC looking to escape the city grind – in particular, its sweltering summer heat – and find some repose amidst the plethora of trees and fresh air. So, similar to the heavy NYC crossover between places like New Haven and Poughkeepsie, the Berkshires fill the hole in between, providing our own brand of beautiful vistas and cultural richness.

Having spent a period of my own life going from NYC in the fall, winter, and spring to more natural surroundings in the summer, I have been lucky to appreciate the value of the practice. And while the Hudson Valley and quaint New England towns have their own features to recommend them, no area is quite like Berkshire County. In just 605,000 acres, our 32 towns boast a truly astounding number of cultural institutions and natural wonders. It is almost the perfect country counterpart to the city, where many feel no reason to leave because it feels like the whole world is there. Practically anything one might seek to do – from exploring a bit of history, to hitting the trails or the water in any number of ways, and of course seeing any type of show you please – can be done in the Berkshires. And now, all you have to do now is hop a train!

Berkshire Flyer riders get 20% off tickets to a BTG produced show by showing a train ticket or calling in and giving a reservation number to an associate at the time of purchase. Stop by The Colonial Theatre at 111 South Street in Pittsfield or call the ticket office at 413-997-4444 to order tickets for a weekend getaway! 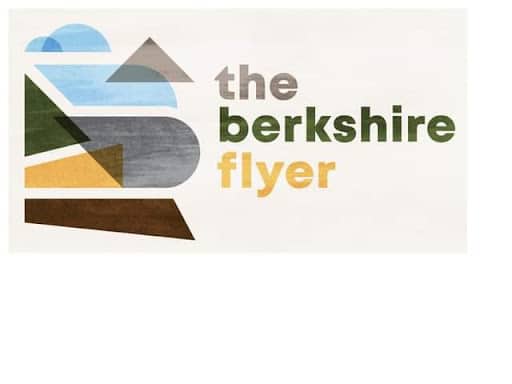 Previous:
In Appreciation: An Interview with David Lloyd and Meg Mortimer
Next:
From Casino to Stage: The Story of the Playhouse