Reflections in March, 2022: My introduction to BTG Plays!

It is easy to offhandedly remark how important theatre is for kids, and how educators of all types are essential workers. But those words of appreciation can tend to feel flaccid when built on sweeping generalizations about the importance of creativity, acceptance, and communication building. Those intangibles are true, good, and worth lauding, but difficult to fully impress. But for those in our education program, the impact and vitality of their work is no platitude, but an eternal truth to keep at the forefront of the mind. Their sensitivity to the ins and outs of teenhood and what the theatrical space provides in the midst of it are a truly foundational part of the kids’ lives with whom they work. 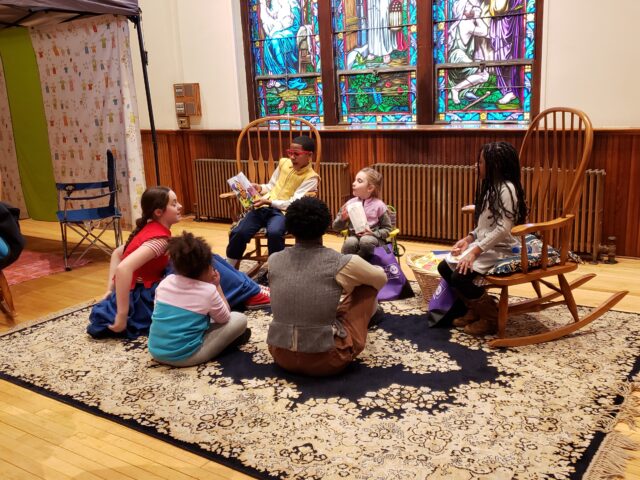 I was extremely grateful to be allowed to join our education team recently, both in rehearsals for the upcoming production of Footloose and in one of the after-school classes at a local Middle School to learn more about the work done by our education department. It has been a hot second since I’ve been in a rehearsal room in person, and even longer since I’ve been in one for a youth show. What struck me right off the bat observing the kids in rehearsal was how, above all else, they so earnestly wanted to do well. In a world where coolness is often shown in the straining binary of either not trying too hard or unhealthily grinding nonstop, I saw in each of these kids the simple desire to do their very best. Sometimes the path there would inherently involve some not-so-cool moments like a voice crack or a slip, but it was worth it in the name of trying. Especially as one having recently had to go through the vocal transition intrinsic to added testosterone, I was especially touched by the young person who, softly but firmly, said “I want to try the high note” and subsequently did with success. It is a feat I still cannot achieve and that cannot help but bring a proud smile to the face.

There are also the moments when the rehearsal room shows its value not just as a space where those kids make discoveries through the work, but where they can forge their identities and get to know each other as peers. Where the friendship and fun that have been inaccessible in our Zoom-centric past couple of years are revived. But when it is time to return to the show it is there that Caroline Stamm, the stage manager, who snaps the room back into rehearsal mode. She ensures that rehearsals run smoothly and that everything gets done before performance day arrives. With a firm prompt from her and the indomitable director Kathy Jo, they always come back to the work. They return with focus, questions, and insuppressible exuberance for the acts of singing, dancing, and acting that are truly infectious. It is a feat that speaks not only to what great humans these cast members are, but to the skill of the team in creating an environment where play, respect, personality, risk, comfort, and care are all valued. While I have only gotten to hear snippets of songs and see flashes of dance, they have me eager to return when I can over the coming weeks to see it come together! 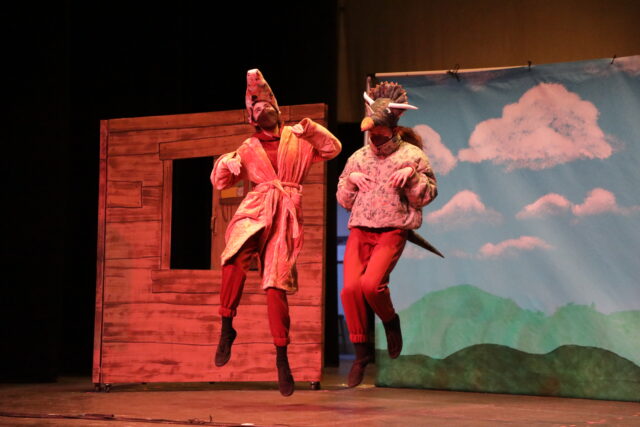 Dropping in on Kathy Jo’s after-school class at the Middle School later on, I had the pleasure of meeting an energetic group of tweens. Their sense of relief was palpable as they entered the space that served as a comforting home base after a long day of school. Before jumping into activity, Kathy Jo managed to get everyone – her and I included – into a circle and gave everyone the space to say how their vacation was, where they were with their lines, and how their first day back at school went. This proved important, as we discovered that most were not in a place where doing a line-through would be fruitful. More important still, some were coming into the space with little sleep, feeling not so great physically, and some not so great emotionally. So, while KJo made sure to impress upon everyone the importance of reviewing their lines before the next meeting, she gracefully met everyone where they were to make the most of our time.

Both environments allowed me to appreciate Kathy Jo’s deft work as an educator. As frustrating as the various tasks of office work can be, it is simply incomparable to the skills needed to guide a group of middle schoolers through an afternoon of theatre games. Always, she manages to maintain an air of approachability and true caring. It is clear that for some, she is one of their few true allies on whom they can trust and depend. Stalwart and steady, she is an adult presence who is there for each kid to provide a space to be who they are in awkwardness, anger, depression, silliness, or anxiety.

And it was incredible to realize how I had forgotten the impact of that. I found myself in that gym feeling 14 again, finding such refuge in that hour and a half of liminal space where I was free to hold all of that openly and process it. Where whatever I had with me that day was seen, heard, and validated by an adult who made themselves human to me and made me feel human in turn. At a time in life when you are constantly trying to balance wanting to be recognized as a full human capable of important thoughts and actions with wanting to develop your shifting sense of self secluded from the public eye, the space of a rehearsal room lets you do both at the same time. Not to get cheesy or anything (look, I got a BFA in Acting) but it gives them a literal rehearsal room for life. It’s a space where they can try on a style, inhabit a new way of moving through the world, share a potentially risky opinion, or even just an event from their day that they don’t otherwise feel the freedom to share in other spaces. For some, it is the only space where their feelings and experiences are validated. And to salve some of that distress, they can escape and express in the absurdity of a game and the story of a script.

Educational theatre is where we, both as kids and adults, can continue learning the soft skills that make us better citizens of the world. And when that space is stewarded by such thoughtful minds as those at BTG, it is hard not to have a little hope, and want to be a better one alongside them. 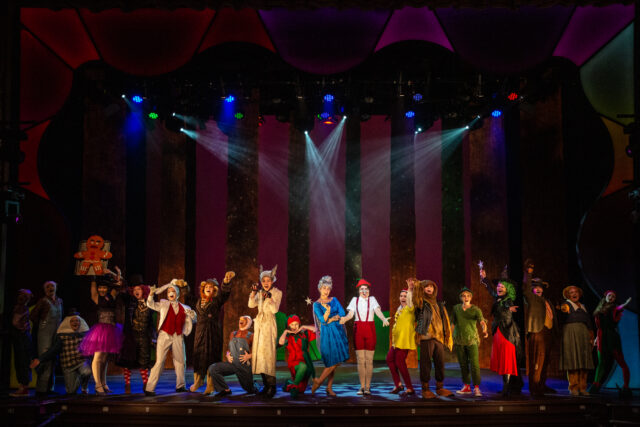 The cast of Shrek The Musical, 2019. Photo by Emma K. Rothenberg-Ware.

The 2019 cast of Shrek: The Musical stands downstage letting their freak flags fly!

Footloose is playing at The Colonial Theatre on April 8th at 7pm, April 9th at 2pm and 7pm, and April 10th at 2pm.

The Magic Treehouse: Dinosaurs Before Dark is playing at The Colonial Theatre on Saturday, April 23rd at 2pm with a book signing taking place with the author, Mary Pope Osborne, pre-show from 1:00-1:45pm. Books will be for sale provided by the Bookloft.

Scout Swonger (they/them/theirs) joined BTG as Ticketing Manager in September of 2021, and recently became the Ticketing and Annual Appeal Manager in February. They are honored to have been welcomed into the vibrant community of the Berkshires, and look forward to highlighting how Berkshire Theatre Group has been an integral part of it in the past, continues to be in the present, and how we may best do so in the future.

Previous:
Wrapping up 2021 at BTG
Next:
In Appreciation: An Interview with David Lloyd and Meg Mortimer 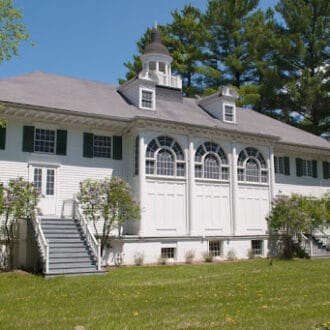 From Casino to Stage: The Story of the Playhouse

Critics and audiences are LOVING Songs For A New World! 🌎 See what the buzz is all about, now ...

What a joyous, historical occasion it was! One of our proudest moments ❤️

Labor Day will be here before you know it! On September 3, the Colonial will present The Eagles ...

While our stages are lit up at night with electric shows like Songs For a New World at the Unicorn ...

Happy Opening, SONGS FOR A NEW WORLD! 🌎❤️ Running now through August 20 at the Unicorn ...

It feels like It’s Christmas in July at the Unicorn— we are sold out tonight for our last ...

It’s about one moment… ⏰

…and the moment is here! Happy first preview to the cast ...

How we feel about the legendary CHITA RIVERA performing a week from today! 💃🏽 don’t miss ...

This cast is not afraid of anything ❤️✨ they are ready to take on the new world, July ...

Only 3 more performances of ONCE 🥲 #once #musical #musicaltheatre #theatretiktok #intheberkshires...

Only six performances of ONCE left… and only six more chances to enjoy an ice cold Guinness or ...

Theatre should be accessible for all ❤️ Join us tonight for our sensory-friendly performance of ...

Charl Brown celebrates Smokey’s story and many of his biggest hits: “Shop Around,” ...