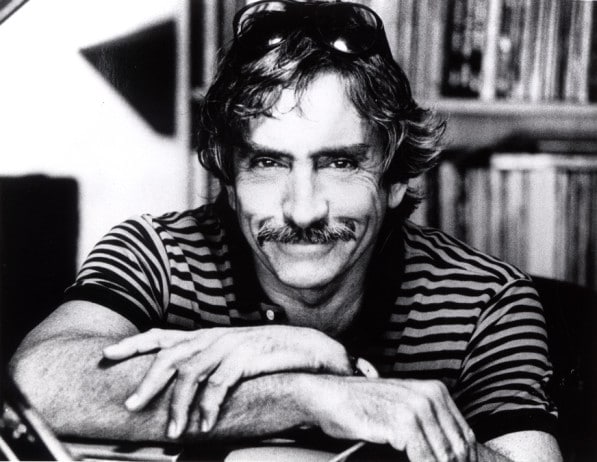 Edward Albee (1928-2016) was an American dramatist whose career spanned more than five decades. His works used modern techniques to subvert classical structures in order to create a shocking yet familiar atmosphere. This technique forces audiences to focus fully on the characters and actions happening in the moment, as the usual dramatic structures or perceived style has been changed. Each of Albee’s plays touch on human desire and how the deepest desires of a person often fall outside of what is considered “normal.” He explores this idea throughout the different landscapes of his plays, sometimes focusing on love, isolation, sexuality, or all three at once. 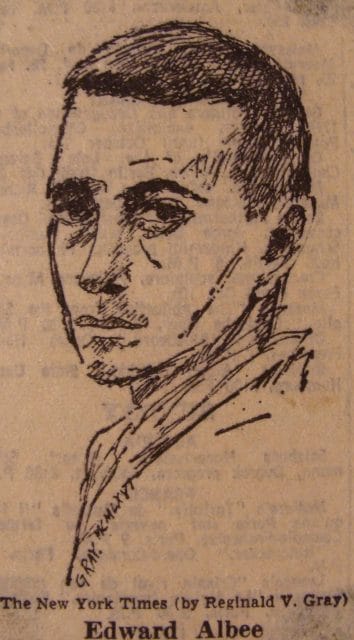 Sketch of Edward Albee by Reginald Gray for the New York Times.

Albee’s works are undeniably influenced by his personal experiences. He was adopted by the Albee family, a wealthy couple, and never knew his birth parents. In interviews, he would often discuss how he was “relieved” to find out that he was adopted as he “never felt as though [he] belonged.” Albee often stated that he knew two things about himself from the time that he was a young child: that he was gay and that he was a writer. These facts caused tension with his adoptive parents. He rebelled against the elite lifestyle that the Albee’s provided, and was kicked out of three separate private preparatory schools before finally managing to graduate.

Eventually, Albee embraced his desire to write. He quickly determined that college life was not for him, and so dropped out and moved to Greenwich village. For the first time in his life, Albee was surrounded by individuals who were not actively against his identity. He soon gained success with Who’s Afraid of Virginia Woolf? and no longer had to rely on odd jobs to support him while he wrote. Shortly after this, he established the Edward F. Albee Foundation in Montauk to provide a writer’s retreat to help newer artists develop their work. During this time, Albee had renounced all contact with his family and the life he had known growing up.

Albee remained estranged from his parents until after his father’s death, though he did eventually rekindle a relationship with his mother. Nothing had changed in her mind or worldview about his lifestyle, and this continued to stifle their bond. Shortly after her death, Albee wrote Three Tall Women, which chronicled a fictionalized version of her life and her relationship with Albee. Often regarded as his most autobiographical work, Three Tall Women won the Pulitzer Prize in Drama in 1994. 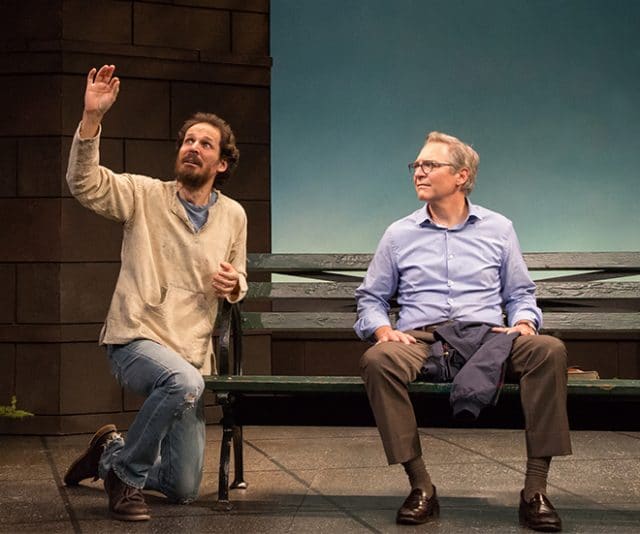 Joey Collins and David Adkins in Edward Albee’s At Home at the Zoo (Zoo Story), 2017. Photo by Emma Rothenberg-Ware

Albee’s theatrical career is shaped by critical and commercial peaks and valleys. Both the beginning and ending of his career were marked with critical and commercial success. For a brief period in the 1970s, Albee lost favor with both the commercial and critical audience. This was short lived, and Albee firmly believed that his comeback was due to his unwavering conviction in the value of his work, “plays that were written during that period…were all of them just as interesting in their own different ways as anything I’ve written before or since,” Albee stated in an interview with The Telegraph in 2011. He believed that “You can’t worry about whether you’re fashionable, because then you stop writing like yourself.” Edward Albee’s plays address a deep, and often dark, part of humanity. This fearlessness in his works has solidified his place in Theatre History as a seminal American Playwright.

Albee’s works have been part of the production history at Berkshire Theatre since the 1980s. 2019’s The Goat or, Who is Sylvia? marks the fourth production of an Albee work at BTG; A Delicate Balance was produced in 1986 and 2010 and At Home at the Zoo (Zoo Story) was produced in 2017. 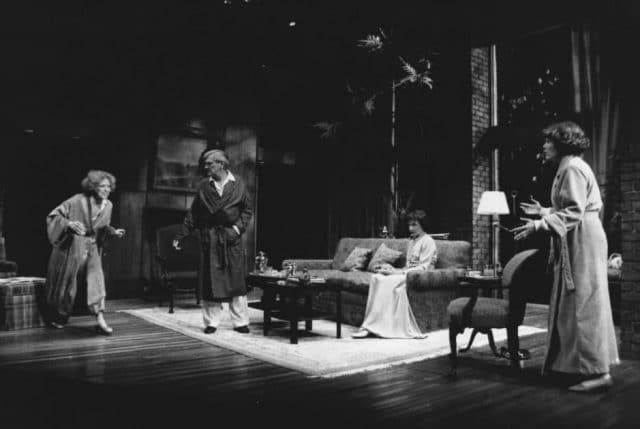 A Delicate Balance is still as relevant today as when it was written and produced. Albee’s play centers around the idea that the lives people build are one revelation or reveal away from toppling. This idea can be seen in many of Albee’s plays. Often his plays center around a seemingly normal family unit, so familiar that the family could be your own. Slowly, cracks are revealed and the lives that seemed perfectly “normal” at the beginning slowly disintegrate. Reality, harsh and cruel, creeps in. Of course, the point here is that even after the revelations and secrets have been revealed, the family could be your own.

The Goat or, Who is Sylvia?, currently running at The Unicorn Theatre, examines this idea and takes it to the extreme. The Goat or, Who is Sylvia? at its core, is about love, loss, and isolation. It examines what happens when one’s passion, their desire, is the very thing that alienates them from those they love. While Albee’s methods may be extreme, his message is remarkably relatable. 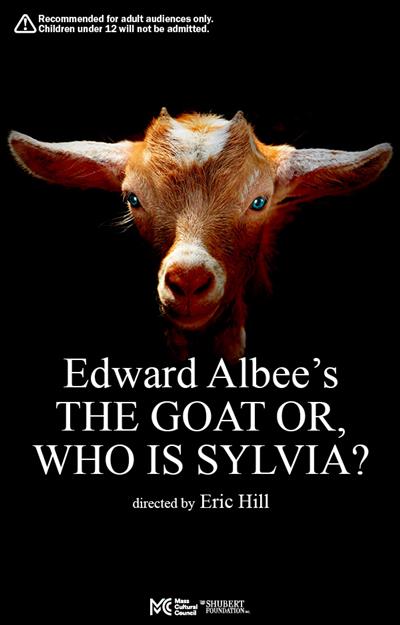 Edward Albee’s
The Goat or, Who is Sylvia?
Directed by Eric Hill

**Recommended for adult audiences only. Children under 12 will not be admitted.**