A Spirited Environment at The Thaddeus Clapp House 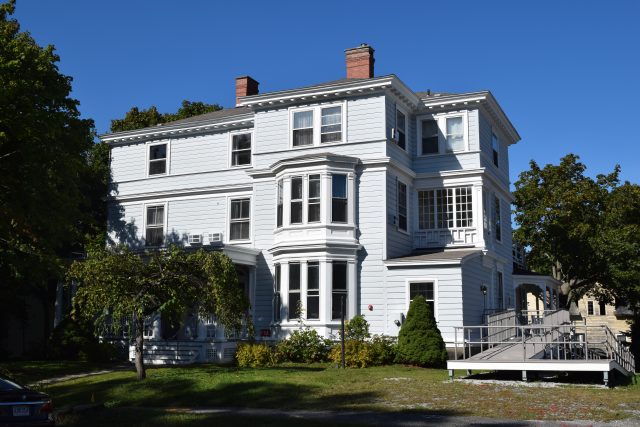 Exterior of the Thaddeus Clapp House. Photo by Jacey Russell.

The newly renovated Thaddeus Clapp House is a shining example of Pittsfield’s Gilded Age houses. Walking in, one is instantly drawn back to a bye-gone era, though it’s unclear whether this sensation is caused by the restored architectural elements or the ghosts reputed to walk the halls. Over the years, dozens of ghostly encounters have been reported at the Thaddeus Clapp House. 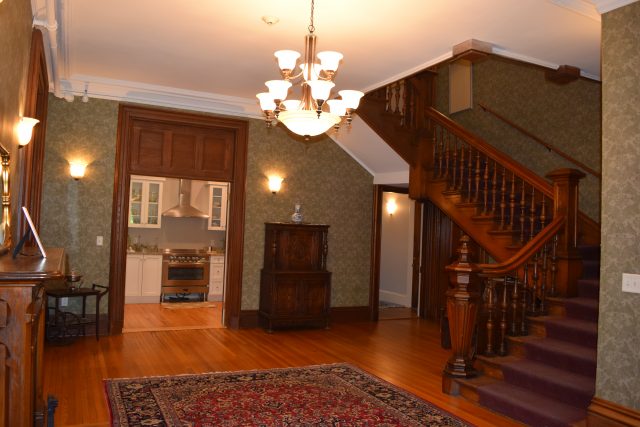 Foyer of the Thaddeus Clapp House. Photo by Jacey Russell.

The Thaddeus Clapp House was a private residence until the 1930s when it was converted into an apartment building. It has been continually occupied as either apartments or a bed and breakfast since then, with brief breaks for upgrades and renovations along the way. Throughout the years, guests of the bed and breakfast reported seeing the figure of a woman, whom many assume to be Mrs. Clapp, drifting throughout the house. 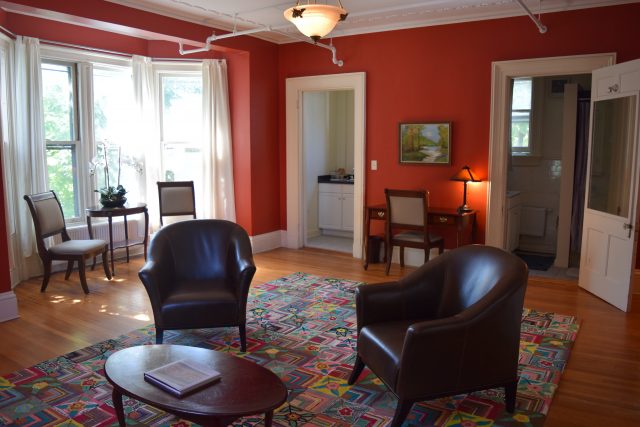 Room 5 at the Thaddeus Clapp House. Photo by Jacey Russell.

Feelings of warmth and protectiveness were frequently reported by those who glimpsed the Gilded Age ghost. In fact, all of the encounters encompassed warm or positive feelings. According to an article in Boston Magazine, the holidays bring about a change in the house with rooms seemingly glowing with the spirit of the season. One report from a guest who stayed there near Christmas stated that they witnessed ghostly staff and family preparing for the holiday. 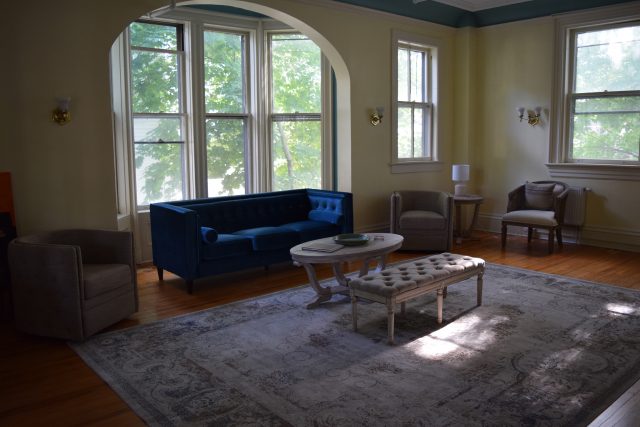 Parlor at the Thaddeus Clapp House. Photo by Jacey Russell.