#BlackLivesMatter
WHEN WILT THOU SAVE THE PEOPLE? O GOD OF MERCY, WHEN?
NOT KINGS AND LORDS, BUT NATIONS,
NOT THRONES AND CROWNS, BUT MEN!
FLOW’RS OF THY HEART, O GOD, ARE THEY; LET THEM NOT PASS, LIKE WEEDS, AWAY, THEIR HERITAGE A SUNLESS DAY.
GOD SAVE THE PEOPLE.
(verse from Save The People, Godspell, derived from the Episcopal hymn)

Please click here for our message and a message from Berkshire Health Systems to our patrons. COVID-19

For my fifteenth episode, I’ll be going back to basics and doing a deep-dive into Intimate Apparel by Lynn Nottage. Based on the life of Nottage’s own great grandmother, Intimate Apparel follows Esther, a young, Black seamstress working in New York City at the turn of the century, who somehow fails to lose hope even when her dreams are dashed by both the racist society in which she lives and works and the men whom she trusts and/or loves. The play was roundly praised when it opened at the Roundabout Theatre in 2004, starring none other than Viola Davis, both for its lyrical, expressive writing style and its feminist themes. Indeed, Nottage is the only woman to have ever received the Pulitzer Prize in drama twice. I couldn’t be more excited to discuss this giant of contemporary theatre with actress and dancer Gabrielle Djenné. A graduate of Barnard College and one of the youngest students ever accepted into The Alvin Ailey School, Djenné has jump-started her professional career at Theatre of War Productions and the Classical Theatre of Harlem. Gabrielle and I are both longtime fans of Nottage, and it feels like an apt time to be revisiting one of her most important works. Let’s read!

A recent graduate of Barnard College of Columbia University, Gabrielle Djenné is an actress, singer, dancer, and writer from Chantilly, Virginia. One of the youngest students accepted into the Professional Division of The Ailey School, Gabrielle began her performing arts career as a dancer. After moving to New York to study at Columbia University, she discovered her passion for theatre. She has had the privilege of collaborating and performing with Theater of War Productions and the Classical Theatre of Harlem. In addition to performing in theatre, Gabrielle has written and performed her own stand-up comedy at venues such as Caroline’s on Broadway and The PIT. As a singer, Gabrielle has been fortunate to provide background vocals for artists such as Tony Award Winner, Stephanie J. Block. Off-Broadway: NYT Critic’s Pick The Bacchae (Chorus), A Christmas Carol in Harlem (Belle), The Snowy Day (Amy), Convention (Sidney Hillman). Film: Hamlet (Ophelia), The Endangered (Vanessa). IG @gabrielledjenne From Virginia, With Love 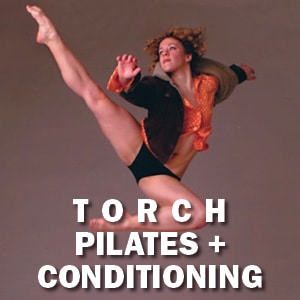 Fire up your center, find your alignment, work towards a sculpted, balanced and healthy body. Challenging class for lovers of movement, lovers of the burn! Isadora is a mom of … Read On 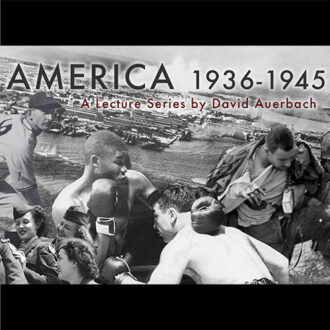 Class 4 America, 1936 – 1945 is a series of reflections on events which shaped our national image during this critical formative period of the 20th century. The first two … Read On