We want to share an important update with our Berkshire Theatre Group Community. We are thinking of you and look forward to opening our theatres when the time is right. Be well. Click for update

Nominated for four Tony Awards and inspired by Marvin Hamlisch and Carole Bayer Sager’s real-life romance, They’re Playing Our Song chronicles the ups and downs of a successful composer and an inexperienced, but very talented, lyricist, who fall in love. Professionally, this duo is a major success, but privately, this couple’s conflict leads to one hilarious song after another. Directed by Tony Award-Nominated Gregg Edelman (Broadway: City of Angels, 1776, Into The Woods; BTG: What We May Be, Coming Back Like A Song!), They’re Playing Our Song is a romantic and delightful musical treat. 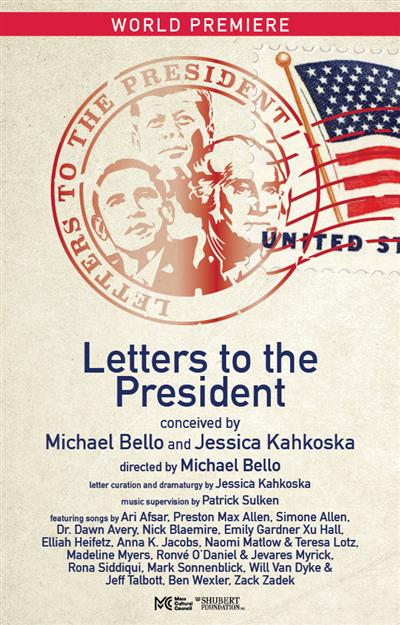 Letters to the President