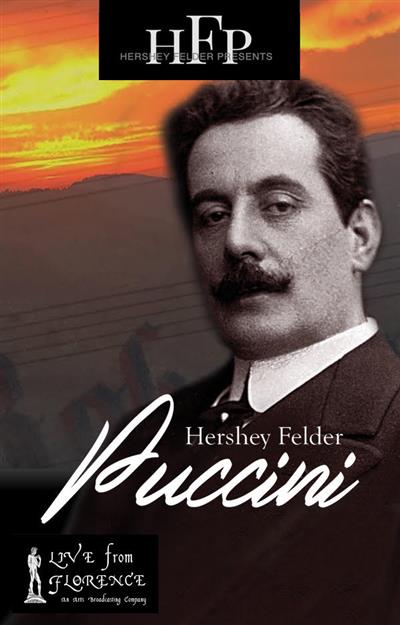 In the tradition of the “one man composer shows” adding operatic voices when called for, Puccini is the story of the great composer’s deliciously scandalous life, his female characters, and how the real women in his life affected the women he created on stage. Filmed live on location in the places where these events and these compositions and premieres actually took place Puccini will include music from La Bohème, Tosca, Turandot and more.

Named to Time Magazine’s 2016 Top 10 Plays and Musicals, Hershey Felder has played over 6,000 performances of his self-created solo productions at some of the world’s most prestigious theatres and has broken box office records consistently. American Theatre Magazine has said, “Hershey Felder is in a category all his own.” His shows include: George Gershwin Alone (Broadway’s Helen Hayes Theatre, West End’s Duchess Theatre); Monsieur Chopin; Beethoven; Maestro (Leonard Bernstein); Franz Liszt in Musik, Lincoln: An American Story, Hershey Felder as Irving Berlin, Our Great Tchaikovsky, and A Paris Love Story. His compositions and recordings include Aliyah, Concerto for Piano and Orchestra; Fairytale, a musical; Les Anges de Paris, Suite for Violin and Piano; Song Settings; Saltimbanques for Piano and Orchestra; Etudes Thematiques for Piano; and An American Story for Actor and Orchestra. Hershey is the adaptor, director and designer for the internationally performed play-with-music The Pianist of Willesden Lane with Steinway artist Mona Golabek; producer and designer for the musical Louis and Keely: ‘Live’ at the Sahara, directed by Taylor Hackford; and writer and director for Flying Solo, featuring opera legend Nathan Gunn. Hershey has operated a full-service production company since 2001, and in 2020 created a new brand LIVE FROM FLORENCE, that operates a “theatre at home broadcast company,” based in Florence, Italy. Early broadcasts included; Hershey Felder as IRVING BERLIN; Hershey Felder, BEETHOVEN; Hershey Felder as GEORGE GERSHWIN ALONE; Hershey Felder, BACKSTORY – The Story Behind the Creation of Berlin, Gershwin & Bernstein; Cooking French in Florence with Jeff Thickman & Hershey Felder. The Hershey Felder Presents – Live from Florence 2020-21 Season of broadcasts include: Hershey Felder as Claude Debussy in A PARIS LOVE STORY; Hershey Felder, TCHAIKOVSKY; Hershey Felder as Sholem Aleichem in BEFORE FIDDLER; Hershey Felder, PUCCINI; and Hershey Felder as Sergei Rachmaninoff in ANNA & SERGEI. Hershey has been a scholar-in-residence at Harvard University’s Department of Music and is married to Kim Campbell, the first female Prime Minister of Canada. 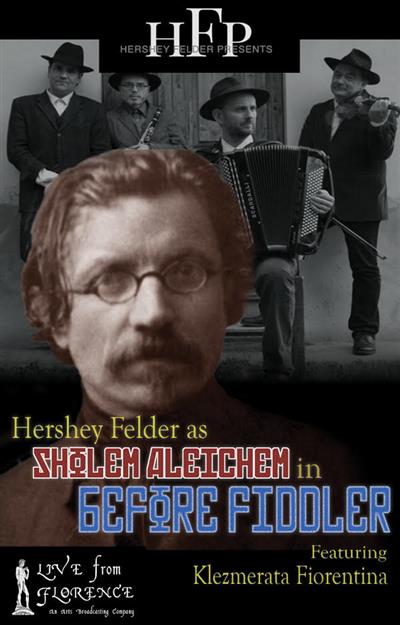 BTG Benefit: Hershey Felder in BEFORE FIDDLER - Live from Florence 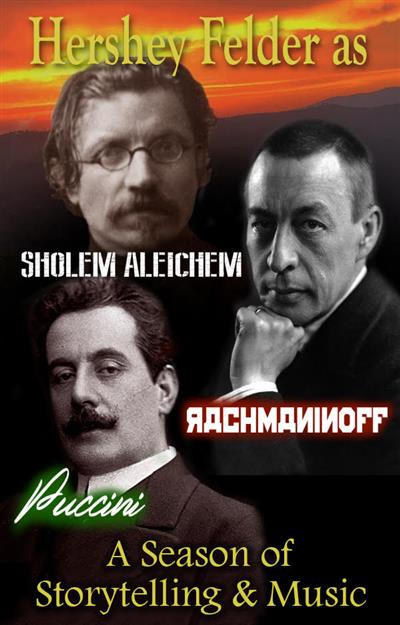