We want to share an important update with our Berkshire Theatre Group Community. We are thinking of you and look forward to opening our theatres when the time is right. Be well. Click for update 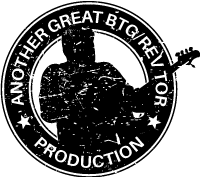 Take a trip down to New Orleans with Rev Tor & Friends as they celebrate the life, music and spirit of three New Orleans legends: Dr. John, Charles Neville and Art Neville. The concert will feature two sets of Big Easy flavored jams. Berkshire County’s own piano legend Benny “fingers” Kohn will be at the grand piano for a set of Dr. John classics; and Rev Tor will lead a set full of The Meters and Neville Brothers NOLA Funk, featuring Max Creek’s Mark Mercier as well as a special appearance by Khalif Neville. The night will feature many fan favorites including: “Right Place, Wrong Time,” “Aiko Aiko,” “Yellow Moon,” “Cissy Strut” and so many more!

Multi-Grammy Award-winning musician, singer and composer Mac Rebennack (better known as Dr. John) was inducted into the Rock & Roll Hall of Fame in 2011. Active as a session musician from the late 1950s until his death earlier this year, Dr. John gained a following in the late ’60s, after the release of his album Gris-Gris. He was famous for lively, theatrical stage shows inspired by Mardi Gras costumes, old time medicine shows and voodoo ceremonies. Dr. John recorded 30 studio albums and 9 live albums, as well as contributing to thousands of other musicians’ recordings. His immediately recognizable gravelly vocals, with a deep NOLA drawl, along with his accomplished boogie-woogie style piano playing, earned him the title, “The Voice of New Orleans.”

For decades, Art Neville shared the stage with his younger brothers, singer Aaron, saxophonist Charles and percussionist Cyril. As The Neville Brothers, they worked together at home in the Crescent City, on tour and on a string of more than a dozen studio and live albums released from 1978 to 2010. Long before they came together in name, all or some subset of them worked together backing other New Orleans musicians. It’s a role Art Neville carved out during the 1960s with his group Art Neville & the Neville Sounds, which originally featured guitarist Leo Nocentelli and bassist George Porter Jr.. The group was renamed the Meters in 1968, working often with producer/songwriter/arranger Allen Toussaint, as a backing band for Dr. John, Paul McCartney, Robert Palmer and numerous others.

There will be a special appearance by the Berkshire Theatre Group Youth Choir, as well as a few other surprises not to be missed.

Pre-show entertainment:
Tom Corrigan
at The Garage at 6:30pm